Skip To Main Content
85th Anniversary: A Student Retrospective
Thursday March 14
In 2019 Nido de Aguilas is celebrating its 85th anniversary year. The High School newspaper, Eagles Manifesto, published a series of articles in honor of Nido's birthday, including this reflection on the school community. 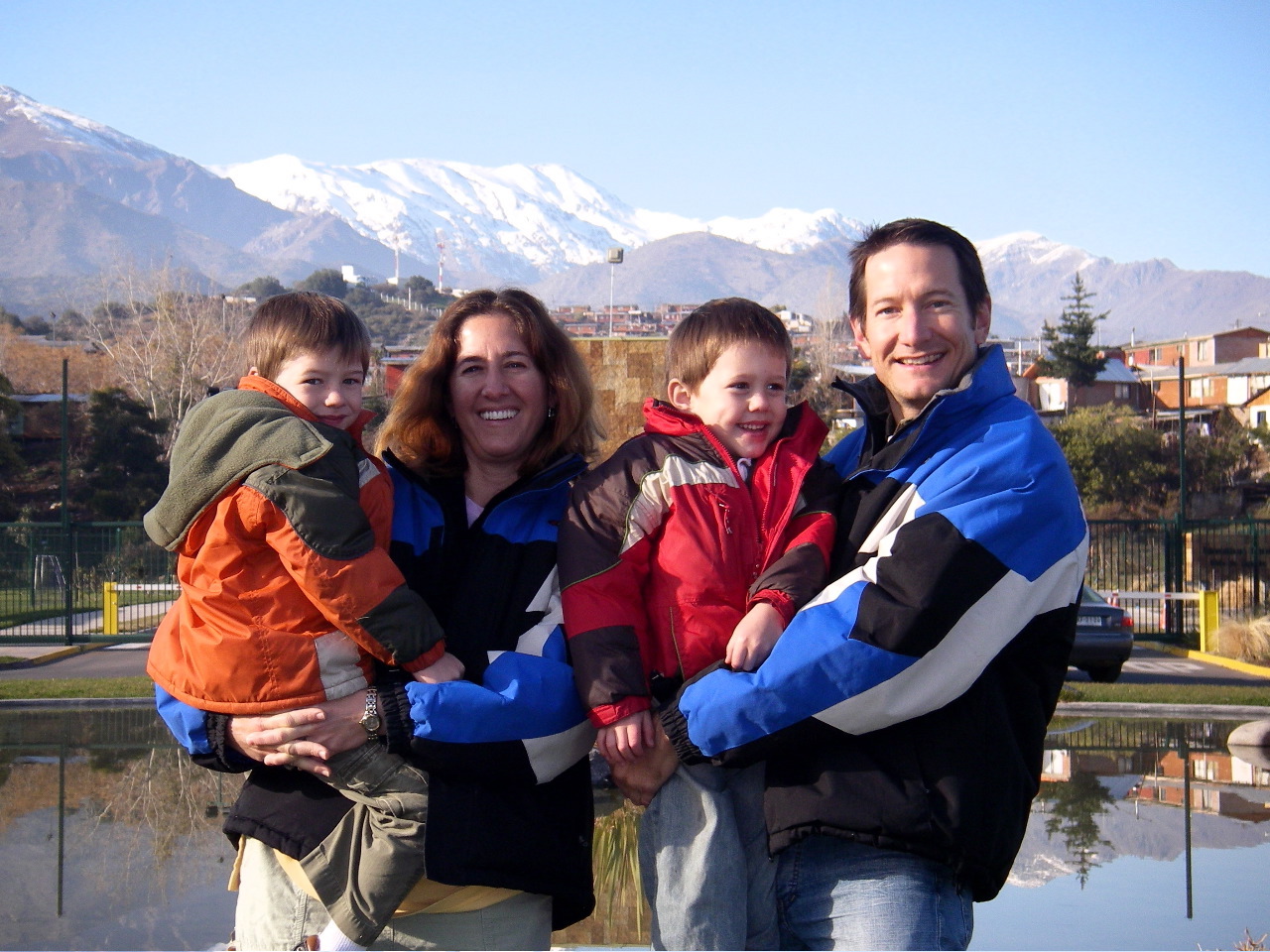 The week before school started this semester, I had the privilege of being a member of the High School Student Ambassadors during the orientation for new students and parents, and one event I was a part of was a Q & A session with parents. Among the somewhat odd plethora of questions involving the intricacies of eating lunch at Nido, one truly meaningful question pierced the fog of peanut allergy concerns. The question was short and simple and was intended at least partly as a joke. Yet reflecting on the experience it looms prominently as one of the most poignant moments of the orientation, if only for the way it made me think. "Are you as happy at Nido as you look?"
Obviously, in the context of an event introducing newcomers to the school, nobody would dream of answering no to such a question, even in the improbable event it was true. Naturally, everyone responded with a vehement affirmation of how happy they were at this school, and we shortly returned to our debate about bringing lunch from home or buying at the cafeteria. The reason I thought this question was so poignant, though, was because when we're trudging through the quagmire of a hectic semester, with any possible light there may be at the end of the tunnel buried deep behind a mountain of work, we tend to forget both that question and its answer. It's impossible to give a one-size-fits-all answer to this, but as someone who arrived at Nido as a five-year-old new kid in kinder-2 and has spent the last twelve years at this school, I can say with relative certainty that, while there is always plenty you can complain about if you want to, there is so much at this school to appreciate, to take advantage of, and to plant your roots into as you blossom. Maybe people don't like being so busy all the time, but it's exhilarating to spend every day in a constantly buzzing hub of activity, a school where there's something for everyone, and everyone has a niche in which they can flourish. There is always a myriad of interesting events happening, brought by a vast array of clubs, and never a moment of placidity in the vibrant extra-curricular scene.
What sets Nido apart, though, is "la gente." People like Arturo Paz, or Rodolfo Franco, who have spent their entire lives at the school and still, after more than fifty years, approach their jobs and their school with a genuinely youthful exuberance. They are living legends, and are the core of this thriving community. It's a community that thrives on the unwavering effervescence of its inhabitants, and I think we're very worthy of a collective hand held aloft in front of our face in the now-iconic "awesome" gesture. We really do belong to an awe-inspiring culture at Nido, generated by awe-inspiring people in an awe-inspiring place. On a personal note, I have grown from a kindergartener to a high school junior at Nido, and the role it has played in my formation as a person is immeasurable and invaluable. I am who I am because of Nido, and the school will always have a special place in my heart for its formative role in my upbringing. Over the last 85 years, Nido has touched countless lives in countless ways, and will forever be a part of my identity, as it has been for so many others.
RSS Feeds Subscribe to Alerts 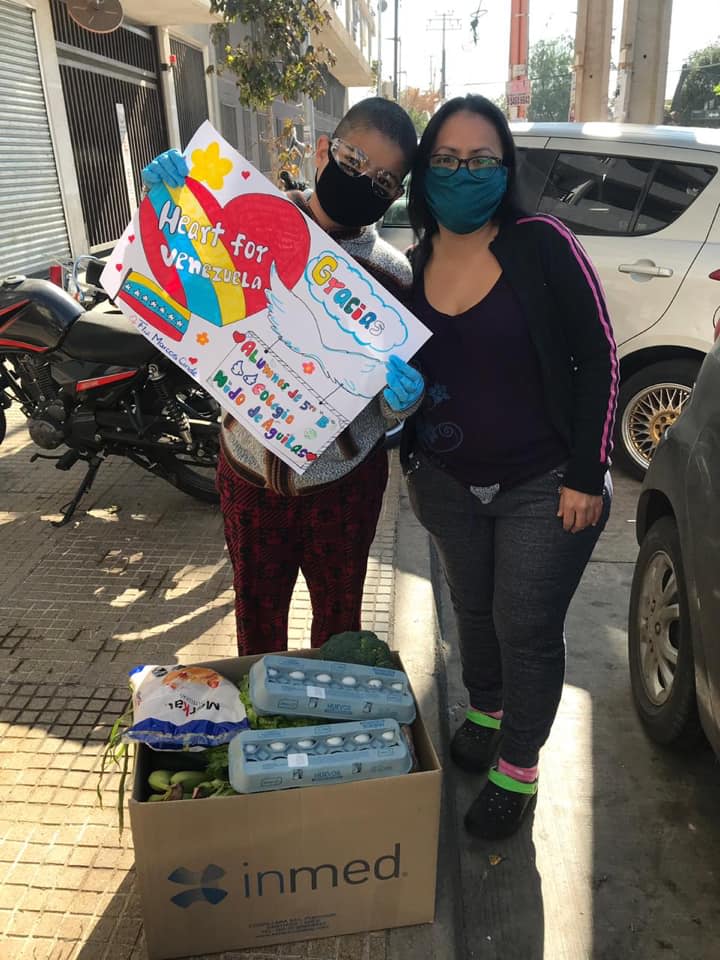 Heart for Venezuela is a foundation founded by three Nido teachers committed to providing support to Venezuelan individuals and families who have recently arrived in Chile. Students, teachers and parents help every semester. During the COVID-19 crisis this hasn't been an exception. 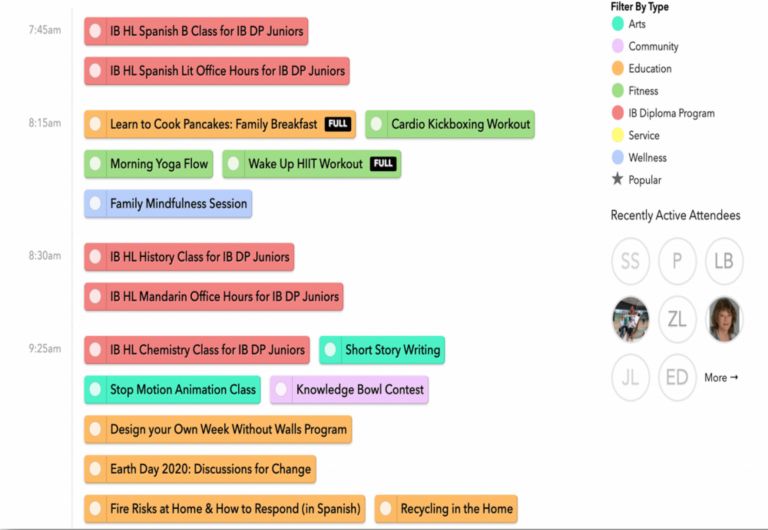 Wednesdays Without Walls Featured in AAIE
May 9 2020
Recently, Dr. Kate McKenna, High School Principal, was published in the Association for the Advancement of International Education (AAIE) newsletter for the distance learning wellness program in the High School—Wednesday Without Walls. 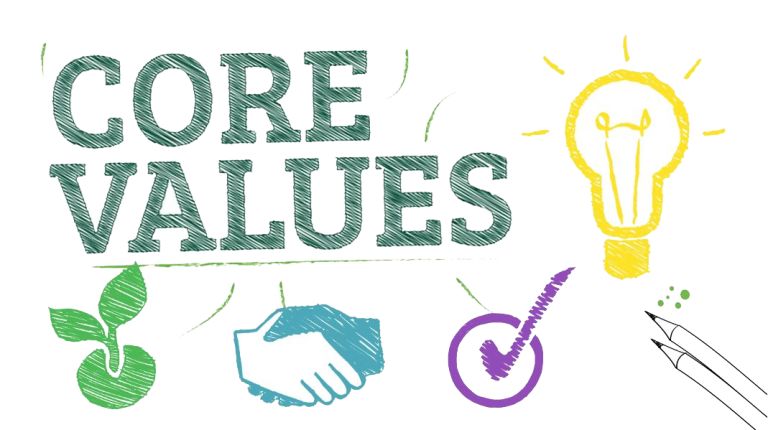 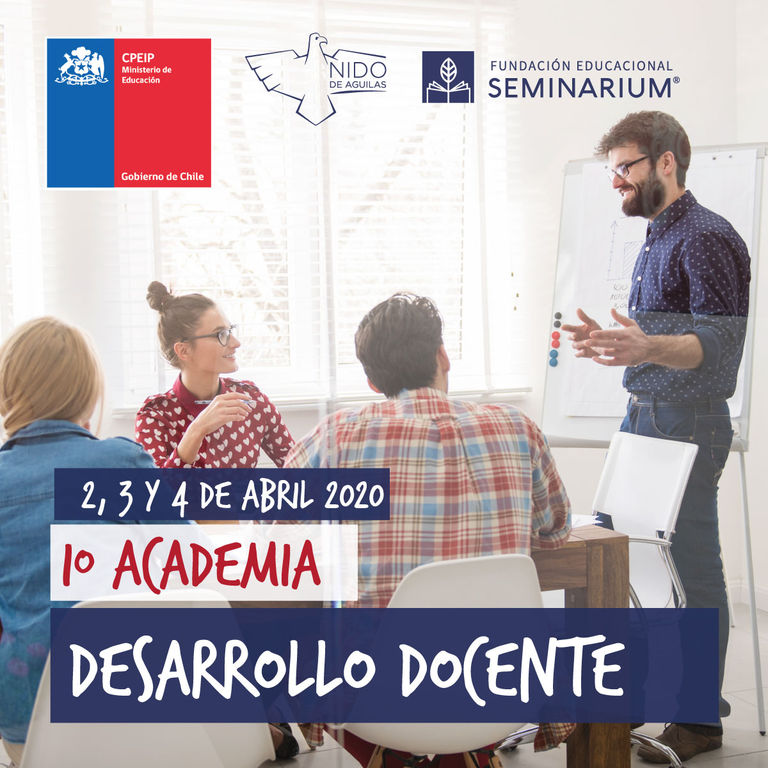 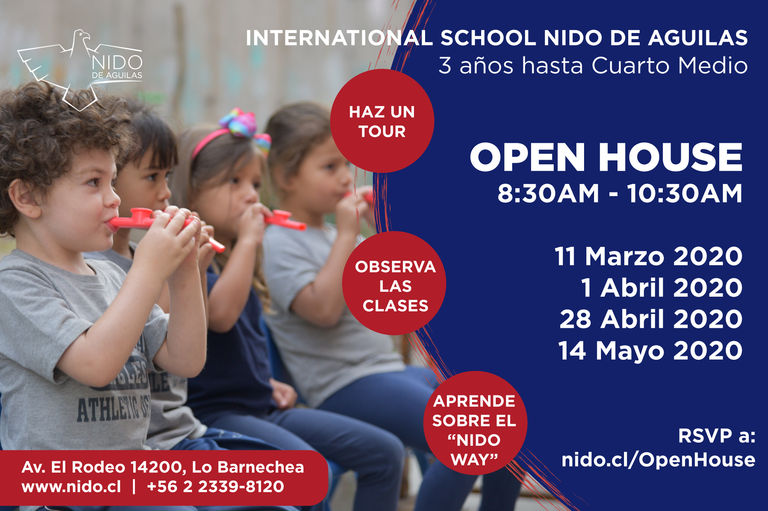 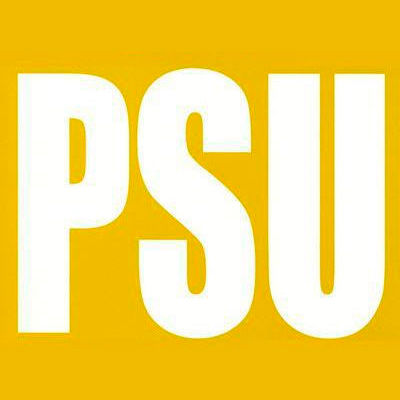 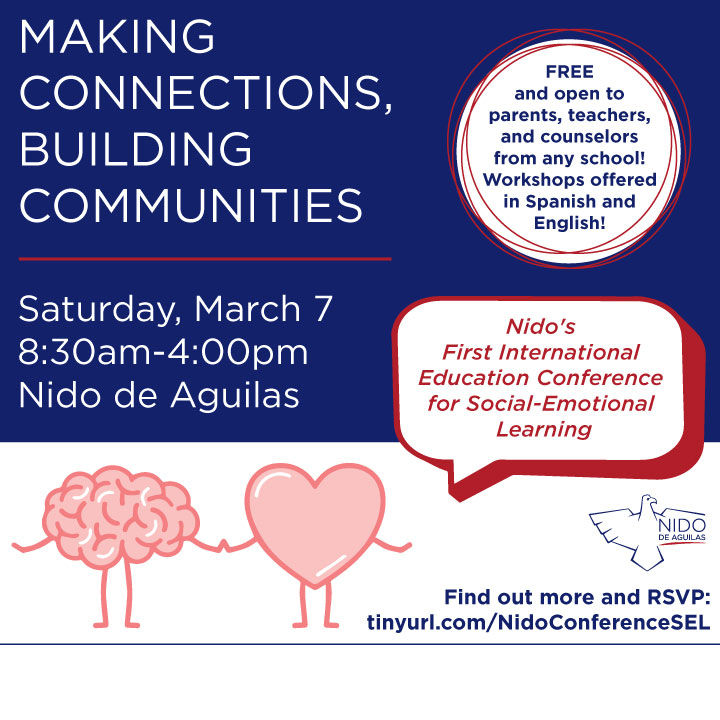 All are invited to Making Connections, Building Communities, Nido's first International Education Conference for Social-Emotional Learning, on Saturday, March 7 from 8:30am - 4:00pm.

This conference will feature a keynote presentation on the importance of social-emotional learning in schools from Professor Catherine Griffith of University of San Diego and a variety workshops in English and Spanish from experts on topics and issues that counselors and teachers face daily in the classroom and parents face with their children and teens at home.

This conference is free and open to all parents, teachers, and counselors from any school in Chile. 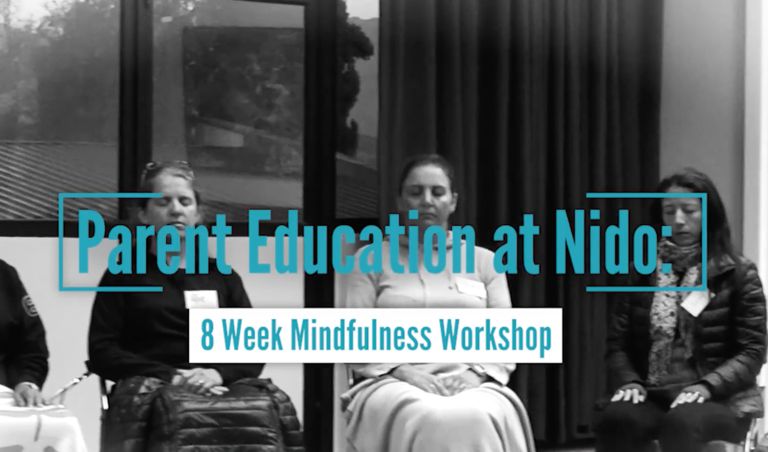 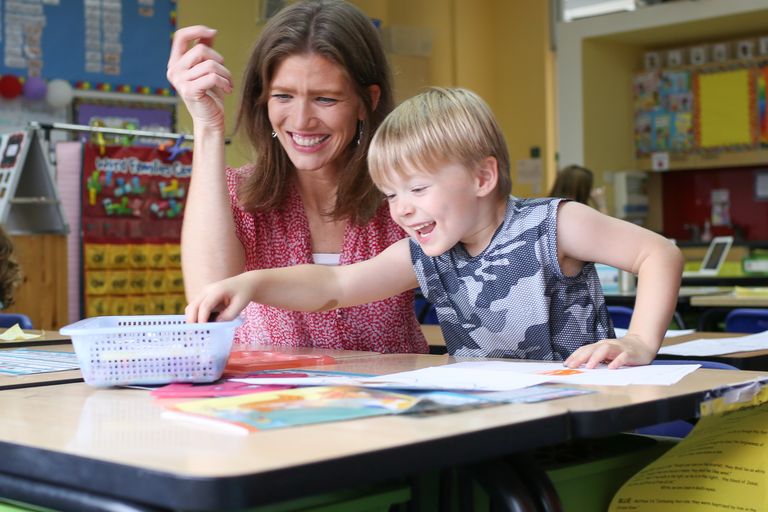 In March 2020 and May 2020 Nido will be hosting two exciting professional development opportunities open to educators worldwide. Join us for Teaching and Learning Through Inquiry with Kath Murdoch on March 14-15, 2020 and Readers and Writers Workshop with Erin Kent from May 11-15, 2020. 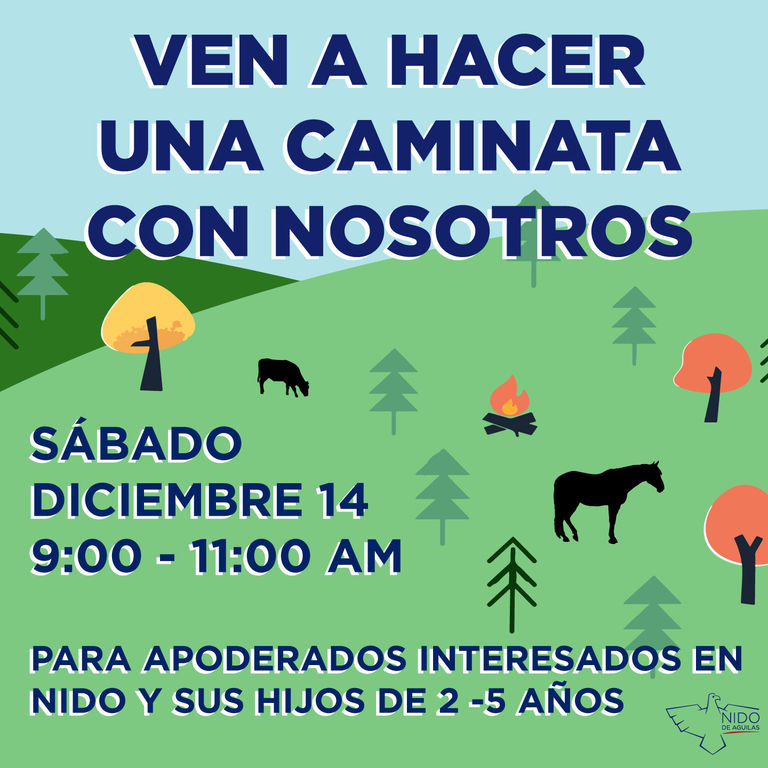 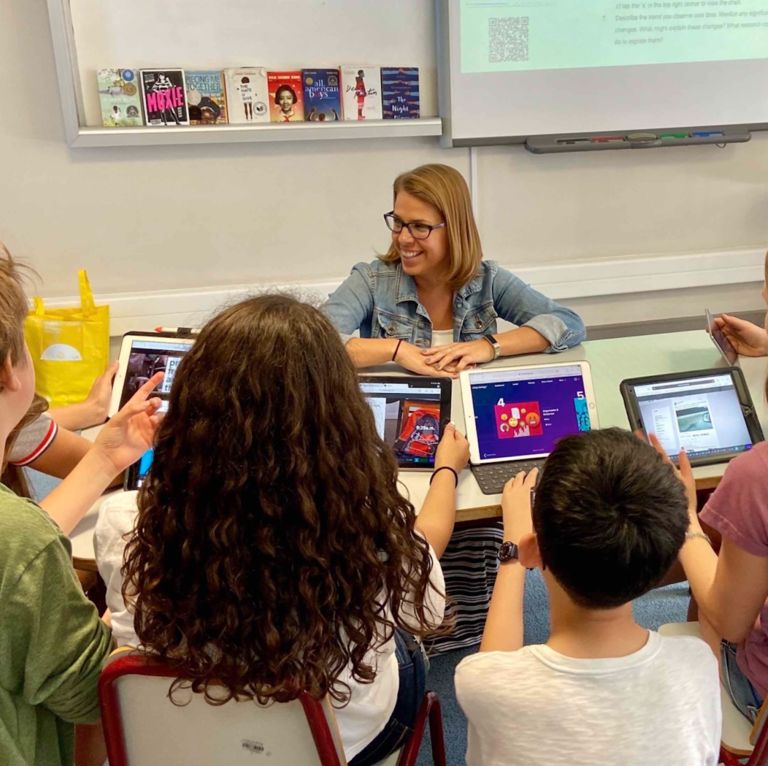 Events in Chile put students' news literacy skills to the test
Nov 22 2019
In the days that Nido was closed in October due to the unrest in Chile, Ms. Frick and her fellow humanities teachers saw an opportunity for their students to engage in meaningful and authentic learning at home.

At Nido, the summer is an opportunity to explore new horizons and further develop important skills for an ever-changing world. Come learn with us this summer and discover the Nido Way through the Nido Summer STEM Experience (NSSE). 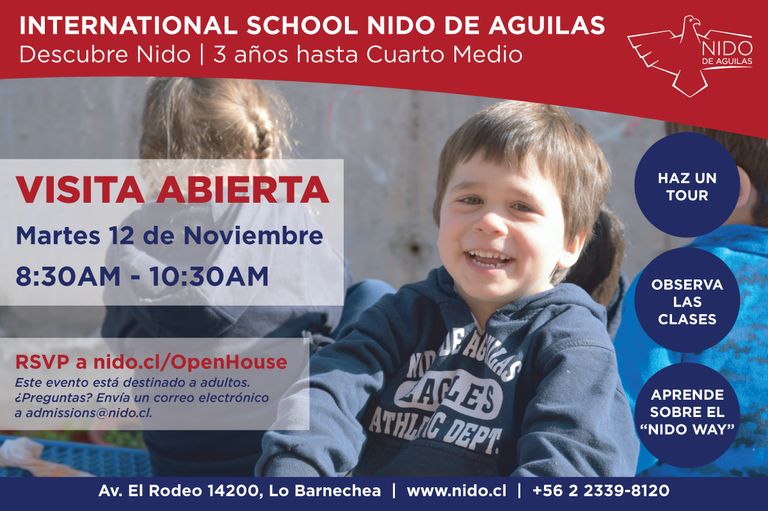 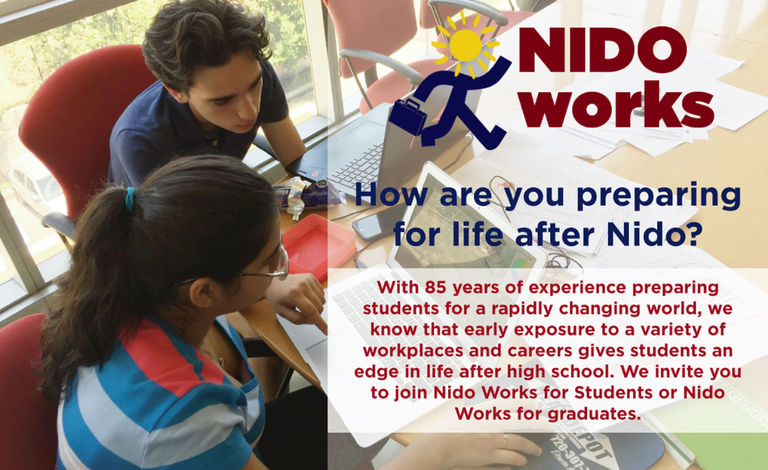 With 85 years of experience preparing students for a rapidly changing world, we know that early exposure to a variety of workplaces and careers gives student an edge in life after high school. We invite you to join Nido Works for Students or Nido Works for Graduates. 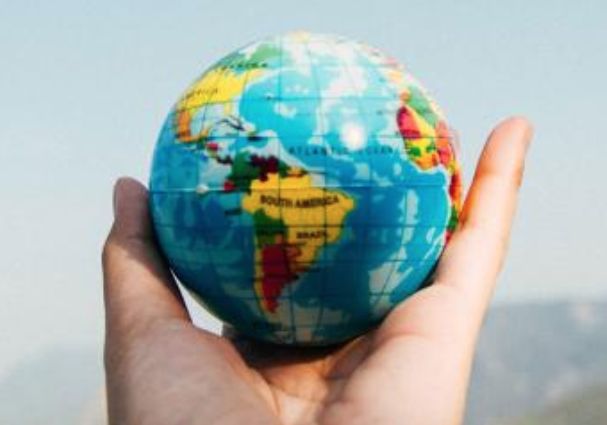 Attention Young Entrepreneurs! Would you like to learn how to get started on your next big venture? Nido is partnering with Columbia Business School from New York City to bring their faculty to Santiago for a one-time, week-long workshop in January that exposes students to the theory and practice of entrepreneurship and innovation.